We audited elective procedures likely to be associated with high transfusion use including orthopaedic, cardiac, colorectal, urological, gynaecological and vascular surgery.

We also audited patients with a fractured neck of femur because they represent a large transfusion user group providing an opportunity to assess the scope for PBM measures in the urgent care setting, acknowledging that pre-operative management is often impractical. 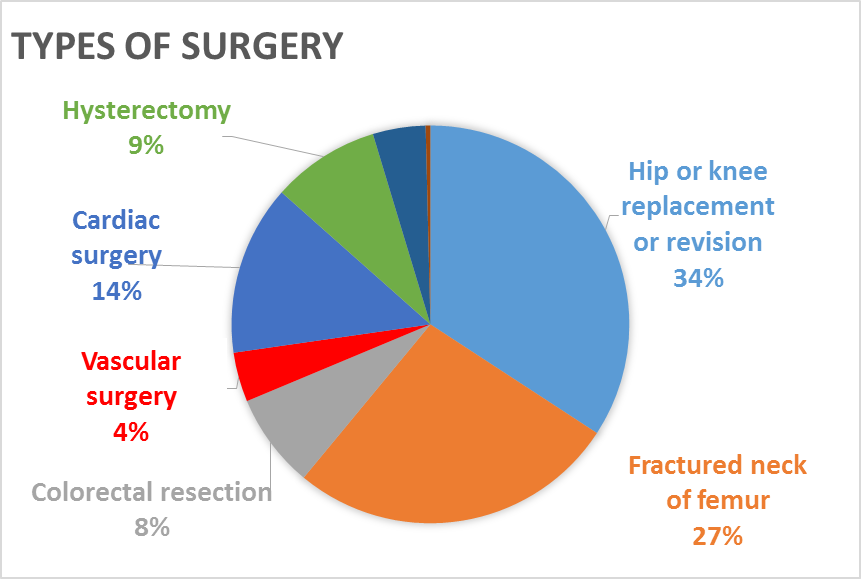 Preoperative anaemia was common and was present in half of patients but was often identified relatively late prior to surgery. Only half of patients had a haemoglobin level tested at least 14 days preoperatively PBM algorithm 1. This was despite an average of 42 days between listing for elective surgery and operation.

Only 22% (139/642) of people known to be anaemic had their ferritin or transferrin saturation checked.

In those receiving a blood transfusion preoperatively only three patients had had some form of preoperative anaemia management before they received a transfusion PBM algorithm 3.

Preoperative (including fractured neck of femur)

Blood transfusion in the preoperative setting was rarely performed appropriately PBM algorithm 2. Only 12% (28/278) received a blood transfusion when the haemoglobin was < 70g/L or < 80 g/L if patient had acute coronary ischaemia. The reason for transfusion above this level was due to apparent symptoms of anaemia (shortness of breath, hypotension) or pre-surgical optimisation in 12%, blood loss in 22%, and other cardiac disease in 16%.

A single unit transfusion policy was rarely adopted. Most patients (78%; 205/263) received more than one unit of blood PBM algorithm 4 and the haemoglobin was rarely checked between each unit of blood (7%; 15/205).

During the operation most patients received at least one PBM measure prior to blood transfusion (83%) PBM algorithm 6, but rarely all recommended PBM measures (16%) PBM algorithm 7. In particular there was significant variation in the use of Tranexamic Acid 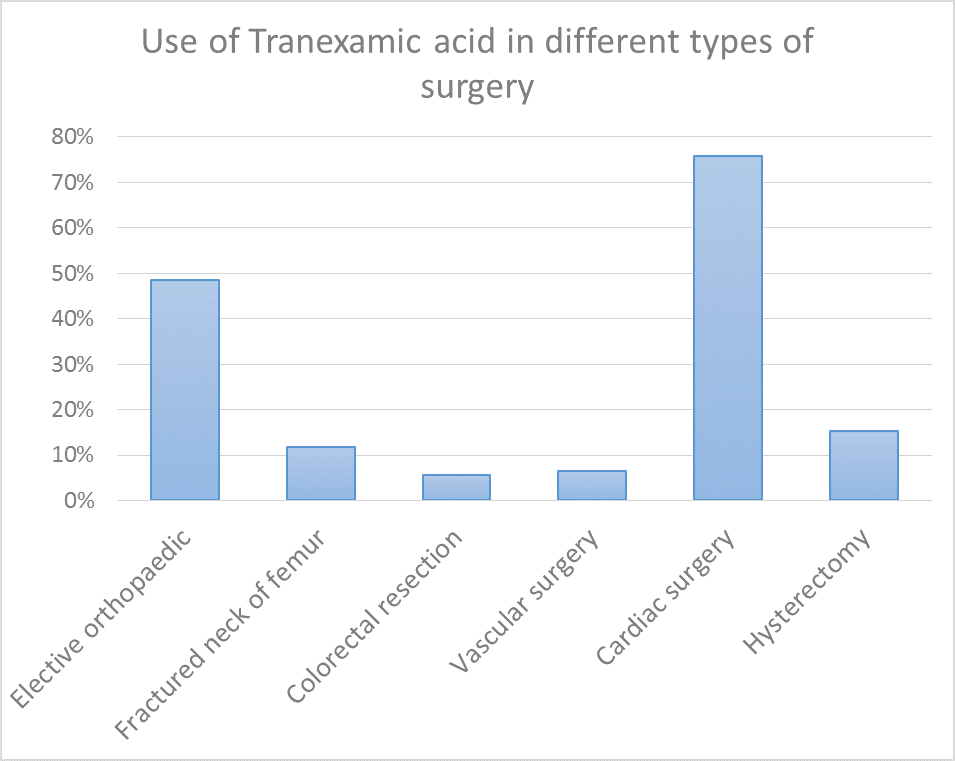 Post operative blood transfusion was often not performed within recommendations (76%). A single unit transfusion policy was followed in just over a third of cases (38%) PBM algorithm 9.